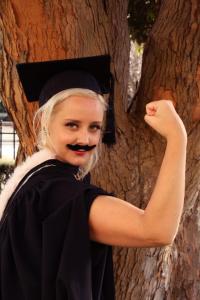 Georgia Choveaux is the StandUp representative on the CTU Women’s Council and an organiser at NZNO. She wrote this yesterday – the day women in New Zealand started working for free.

I’m furious because from today for the rest of the year New Zealand Women are working for free.

Hold on one moment … I will explain.

Right, so based on the average hourly wage rates for men and women, women earn on average 14.1 percent less a year.*  Yes 14.1 percent less. In other words New Zealand women work 51 days a year and don’t get paid for it. And our 51 days start today.

Now before you even go there, let me set you straight. The pay difference can’t be explained away with a difference in qualifications or education. Research undertaken by the Ministry of Women’s Affairs in 2010 showed a 6 percent gender pay gap for graduate starting salaries. So the gender pay gap often begins with a woman’s first job, irrespective of the field or education level. I was so angry about the fact I would be paid less than a male graduating with the same degree I wore a moustache to my graduation. I’m not even kidding.

But that is just the start of the pay inequity journey I, as a newly graduating woman, will experience. According to the same Ministry of Women’s Affair’s research, within five years the gender pay gap for graduate starting salaries will increase to a  substantial gap of 17 percent. Now that is a whole new level of irritation.

So anyway, today I’m inviting you to get angry about the gender pay gap.

But I’m also telling you there is hope. Kristine Bartlett won a stunning victory in the Court of Appeal just two weeks ago which could smash one of the reasons our gender pay gap is so disgraceful. Kristine Bartlett, with the support of SFWU and NZNO, won for all New Zealand woman a ruling which confirms  there is legal obligation to ensure equal pay for work of equal value and that  means that as well as women getting the same pay as men for the same job, women should get the same pay as men for doing a different but comparable job – that is, a job involving comparable skills, years of training, responsibility, effort and working conditions.

And make sure you always belong to a union, because the same good folk who bought you many of the employment rights we take for granted today are fighting hard for equal pay and together we will win.

*No really have a look I didn’t make this stuff up Statistics New Zealand report on it every quarter here http://www.stats.govt.nz/browse_for_stats/income-and-work/Income/NZIncomeSurvey_HOTPJun14qtr.aspx

** Also worth noting it is the average hourly rate we are comparing not annual earnings so the fact that women are disproportionately in part-time or casualised employment doesn’t explain away this shocking figure.

2 thoughts on “Women working for free”