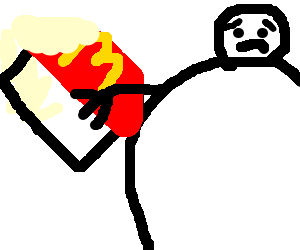 Yesterday the Minister of Health, Jonathan Coleman released his much awaited plan to combat obesity in New Zealand.

His plan focuses on childhood obesity – a good place to intervene we thought. And at first glance it all looks good, but dig a little deeper and you’ll find only half a plan. The half that involves individual responsibility; not the half that would regulate, control and fix the very things that cause obesity – the aggressive marketing of and too-easy access to high sugar, high fat foods and drinks.

That said, the plan is broad (no pun intended), with three focus areas and 22 linked initiatives. Most are not new, but they do now add up to a more coherent approach than we’ve had before.

We were hoping for a bold and effective plan. This plan does not live up to the hype. Trying to deal with a systemic and societal issue by blaming fat kids and their mothers is mean, sexist, unfair and ineffective.

Two of the main recommendations of a 2015 World Health Organisation report on childhood obesity are to impose taxes on sugary drinks and to reduce children’s exposure to the marketing of unhealthy food and drink. The report gives clear guidelines about how to go about achieving these two recommendations.

Our Government has had discussions “on the role industry can play in helping to address childhood obesity. These discussions have included the possibility of voluntary industry pledges, and changes to food labelling, marketing and advertising to children.”

Hmmm. Not exactly earth-shattering. In fact, you might go so far as to wonder if the Government was trying to keep the big sugary drink and fatty food companies on-side. Big sugary drink companies and multi-national fast food companies sure don’t like having their profits threatened by countries legislating and regulating for the good of their citizens.

In fact, if the New Zealand Government did go ahead and legislate for public health it would be at great risk of being sued by those companies, under the Trans Pacific Partnership agreement.

So, a voluntary standard it will be – if anything happens at all. And nowhere near what the World health Organisation is recommending.

Voluntary again, you will note, and with the onus on individual shoppers to make “good” food decisions.

Schools will be encouraged to offer and promote more sport and activity, but won’t be required to provide healthy food and beverage choices. Sure, no one would argue that sport and activity isn’t a great idea – but when it’s not backed up with a wraparound healthy environment there’s only so much we will achieve.

There has already been a lot of comment on the plan, with many saying it doesn’t go far enough and others (teachers and GPs in low-income areas) saying anything is better than nothing.

I think we’d have to agree – the Minister’s plan is better than nothing and it doesn’t go far enough.

To quote NZNO principal researcher Dr Léonie Walker, “There is a need for more prominent and pressing action relating to the impacts of poverty, nutritional poverty and an industry fuelled obesogenic environment.”