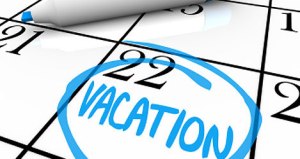 Capital and Coast DHB (CCDHB) delegate Erin Kennedy talks about a workplace situation where holding the DHB to account has taken years. The hard work and perseverance of delegates and organisers has finally paid off.

After several years of work by NZNO organisers and delegates at CCDHB, members whose shift leave was not calculated correctly look set to finally get the leave they are due. Staff affected worked alternative rosters (10 and 12 hour shifts). CCDHB has reviewed records of affected staff from 1 January 2007 to 1 January 2013 to determine which staff are owed leave, with ICU used as a pilot group.

While delegates and organisers are pleased that, at least in one directorate, the end is in sight for this project, we still have some concerns. The first is that a number of staff who have left CCDHB have not been able to be contacted.

If you worked alternative shifts at CCDHB during the time covered, please contact CCDHB to ensure you receive any leave due (gary.waghorn@ccdhb.org.nz). If you know someone who has left CCDHB and who may be covered, send this on to them. Although NZNO does not normally support cashing in of leave, on this occasion the cashing in of leave is supported, as staffing in some areas prevents any extra leave being taken.

Our second concern relates to members who may have had leave over-calculated.  Letters set to go out from the DHB ask those staff to sign a form agreeing to pay back any overpayment, either in a lump sum or as salary deductions.  Our view is that the Wages Protection Act kicks in here, and our advice to those staff is not to agree to any repayments without union advice. That advice regarding alleged overpayments also applies to other staff who have recently been asked to repay money which CCDHB claims to have overpaid, including senior nurses on the PDRP. If this applies to you, contact a delegate immediately.

NB: The ICU project which involves correcting miscalculated “adjust to normal” pays is a separate one, which will hopefully soon be concluded and staff paid out.  Again, if you worked at Wellington Hospital’s ICU and think you may have been affected by this, please contact CCDHB.

You can read the multi-employer collective agreement that covers NZNO members and DHBs here (it’s a pdf).