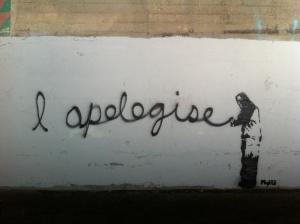 Last week an odd article appeared online and in the Dominion Post praising Hutt Hospital for taking on the lessons of Unilever soap factory.

Along with description of the hospital’s new “nerve centre”, with its centrepiece of four huge screens displaying brightly coloured speedometers, bar graphs and traffic lights, there were some other, more depressing, comments as well.

Hospital manger Peng Voon implied that staff were regularly dishonest; “hiding beds”, lying about the time scheduled to change dressings and saying that a culture change was needed.

While there is no doubt that the new system means things are working more smoothly, it is absolutely no fault of the nursing team that they weren’t previously!

At NZNO we hear about stressed and overworked nurses with not enough resource to consistently provide the quality of care they wish to. At the DHB, overtime has been stopped (unless pre-approved), so nursing staff are absolutely at breaking point.

I have heard that the awful comments made about them have brought some nurses to tears, and others to anger. What a shame that what could have been a positive article for the hospital and staff should have been ruined by the undermining comments of someone who seems to have lost her faith in nursing.

Nurses at Hutt Hospital want an apology and we at NZNO certainly think they deserve one.

Apparently the Chief Operating Officer, Peter Chandler has apologised for the comments on the hospital intranet but that’s not enough. The comments were made publicly, to a readership in the tens, if not hundreds, of thousands – his apology must be made publicly too.

Leave a Reply to A Piesse Cancel reply